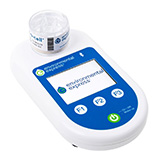 The complaints are from current and former tenants of the Harris Mill Lofts in Coventry. They allege Brady Sullivan ignored their complaints as mold spread, causing serious chronic health problems.

Plaintiffs and their lawyers disagree.

Their first suit, filed late last year, comes from a former tenant of Harris Mill who says rampant mold around his apartment gave him an incurable lung disease that keeps him from working.

Those complaints are from a couple with a baby born just after they moved out of Harris Mill in 2016, and from two current tenants. They all say mold in the building gave them serious respiratory issues.

(Read the first complaint, and the second complaint.)

Lawyers for the plaintiffs said Wednesday they have approximately 60 other potential cases against Brady Sullivan waiting in the wings.

Those include tenants suing in federal court to break their leases with the company, allegedly to escape environmental hazards at another of its buildings, in Johnston, Rhode Island.

The Coventry suits, in addition to allegations of negligence around mold, also reference lead paint issues. Brady Sullivan has been cited for those before.

Last year, the Environmental Protection Agency fined the company $90,000 for failing to disclose lead paint and exposing residents to lead dust in a Manchester building. Brady Sullivan later settled with tenants there.